Posted on 31 December 2015 by Clive Walker in Personal

Looking back on 2015. My review of the year. In no particular order...

This year has been very busy for me in my 'day job' over at CVW Web Design. In fact, on several occasions, I was juggling too many projects. At least, I felt I was and that's what matters. As a freelance web developer, it's difficult to turn things away (unless they are obviously unsuitable) so I need to find a better way of managing this in 2016. I'm sure that better scheduling or a more defined workload and project management process would alleviate this.

As a result of my schedule, I've thought long and hard about changing the type of projects that I take on. Fundamentally, that would probably mean choosing a single website CMS to work with. I wrote about choosing WordPress or Perch but decided to continue with both. And, that decision, in purely business terms, has been vindicated because I've completed some great projects with both systems.

... this project overall is what I consider an ideal job

Also, this year, I outsourced the design aspects of a project to a trusted UK-based designer. The talented Liz Elcoate did a great job for me with Cloud 9 Care and this project overall is what I consider an ideal job (if such a thing exists). This was one of the few times that I have outsourced and I'd like to do more in 2016. It will depend on project and budget if I can do that.

I replaced my aging HP laptop with a MacBook Pro 13" Retina. Very fast, great screen. I'm still working with Windows on desktop. As a web developer, I think it's useful to work with both OS but I may move to Mac when the desktop expires.

I decided in early 2015 to restrict my conference attendance to local events and meet-ups (partly to cut back on travel and hotel expenses) and I kept to that. I went to Responsive Day Out and Bytes in Brighton and 418conf near Redhill. All great events.

I took part in a Google hangout for the Genesis UK podcast which was fun. It was described as "a refreshingly honest overview of how he runs his web development business". I think that's a good thing?!

I attended the Perch CMS Summit (an online event) in December. It was great to get an insight into future development of Perch, collect a few tips and tricks and see the enthusiasm of other Perch developers.

The Croydon Creatives social meet-ups every month have been a welcome diversion for me and it's been great to chat with everyone at those.

I like coworking and the collaborative approach it engenders. I have continued with the Horsham coworking days that I organise but it's been difficult to grow this. That's partly because the days have been in different venues I believe. One lesson I learnt is that an office didn't prove very attractive for people as a coworking day venue. I'm not sure why. So, for 2016, it's back to coffee shop and restaurant venues. I hope that coworking in Horsham will continue with help from others.

Parkrun has been the main reason I have continued running this year Without that regular Saturday morning incentive, I'm certain I would have given up (like I have in the past). But, Horsham parkrun (and all parkruns I'm sure) have a friendly and local community atmosphere that is very inspiring.


I took part in my first organised race

I took part in my first organised race, the Jigsaw Run 10k at Dunsfold aerodrome in November. It was an incredibly windy day but the course was flat and I was very pleased with my time of 50 minutes 49 seconds. I'm hoping to run a half marathon in 2016.

Another motivation for me. Running is a great way of escaping the office at short notice. 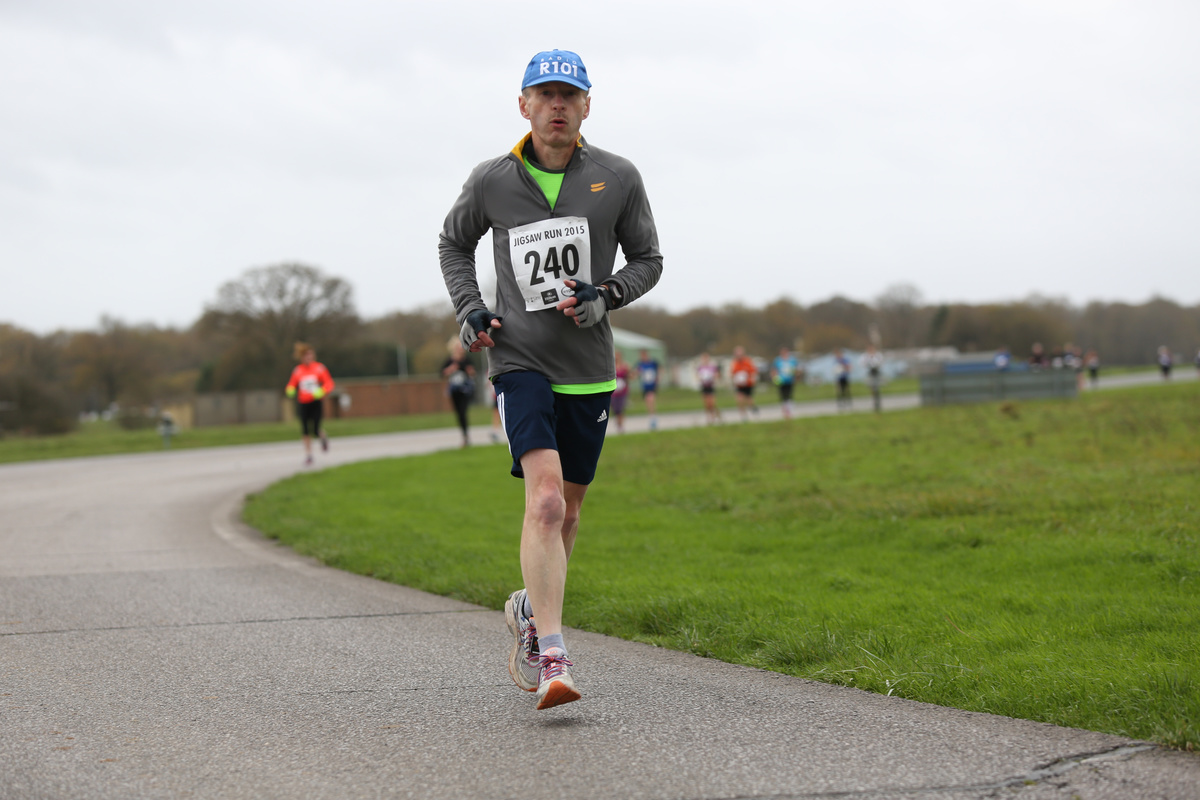 Another year of cycling and I rode over 1300 miles. Mostly on my Trek 7.4 FX hybrid bike rather than my MTB. Still, that's OK because it matches the type of cycling that I do (country lanes with a few trails). This year, I felt a lot fitter on the bike and that's because I lost about 30 lbs in weight (running and diet changes) since mid-2014. Carrying that around makes a difference!

I went on a fantastic cycling trip to Norfolk in the summer and cycled a 100-mile route on an August day. Many thanks to my friends Brian and Jackie for their company on that ride.

Gosh, this post is a lot longer than I thought it would be! And I've not described some things that I did or gone into detail on work improvements. Still, it has been a good year for me. There have been many things that I enjoyed taking part in and a few challenges along the way.